Hi there, my name is Francesco Furneri and I'm a 3D artist with more than 10 years of experience in the  3D computer graphics field and  specialized in 3D modeling and Texturing.

I worked in 3D companies as modeler, sometimes with the role of technical arstist and I have been specializing in texturing for quite some time at the company I currently work with.
At the same time, I have an activity as freelancer in the States, dealing with 3D organic modeling for characters and prop texturing.

In this article I would like to share some aspects of my last project with you: entirely made in Substance Designer with the detailed description of my workflow as well as the breakdown of some parts.

I want to thank treddi.com for giving me the possibility to share this article with you and I really hope that you find this description useful for your ongoing projects.

First of all, the tool!

Substance Designer: here it is! A wonderful software that can appear, at first, a bit tough and difficult to learn but  it really has lots of potential for producing materials.

Amongs the different workflows, I personally adopt the PBR metal/roughness, which allows me to have good freedom and simplicity while creating my materials.

In a nutshell, Substance designer is a node based tool, where every node has precise inputs, it works for a specific purpose and it outputs a result that can be used as input for other nodes, and so on to the final result.

When I plan my projects, I always organize my elements in blocks, with a proper description, in order to make everything clear from the very start. In the following figure, there is an example of network that produces simple base debris. 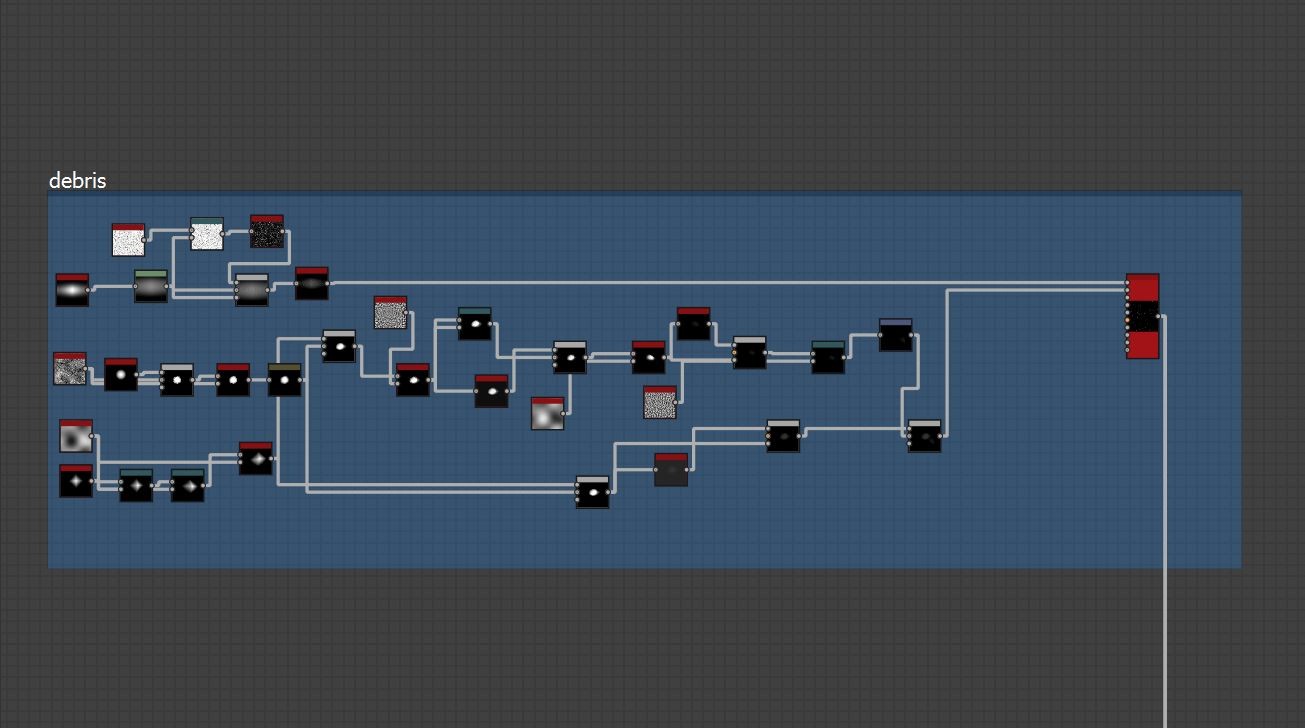 Before starting off on Designer, I spend a bit of time collecting as many references as possible, even spending 1 hour of my time on the Internet. This works fine because it gives me a precise idea of what I want to produce.

I usually download a bunch of images and a few close ups, in order to study the subject.

Many times, if I find interesting elements in different references, I merge them up to give a touch of creativity to my projects.

Regarding the current work, the idea was to create a single tile to show in my portfolio, with different details that are:

You will find a high res image at the following address:  https://www.artstation.com/artwork/JlP4km

Here is the final result, mapped on a cylinder: 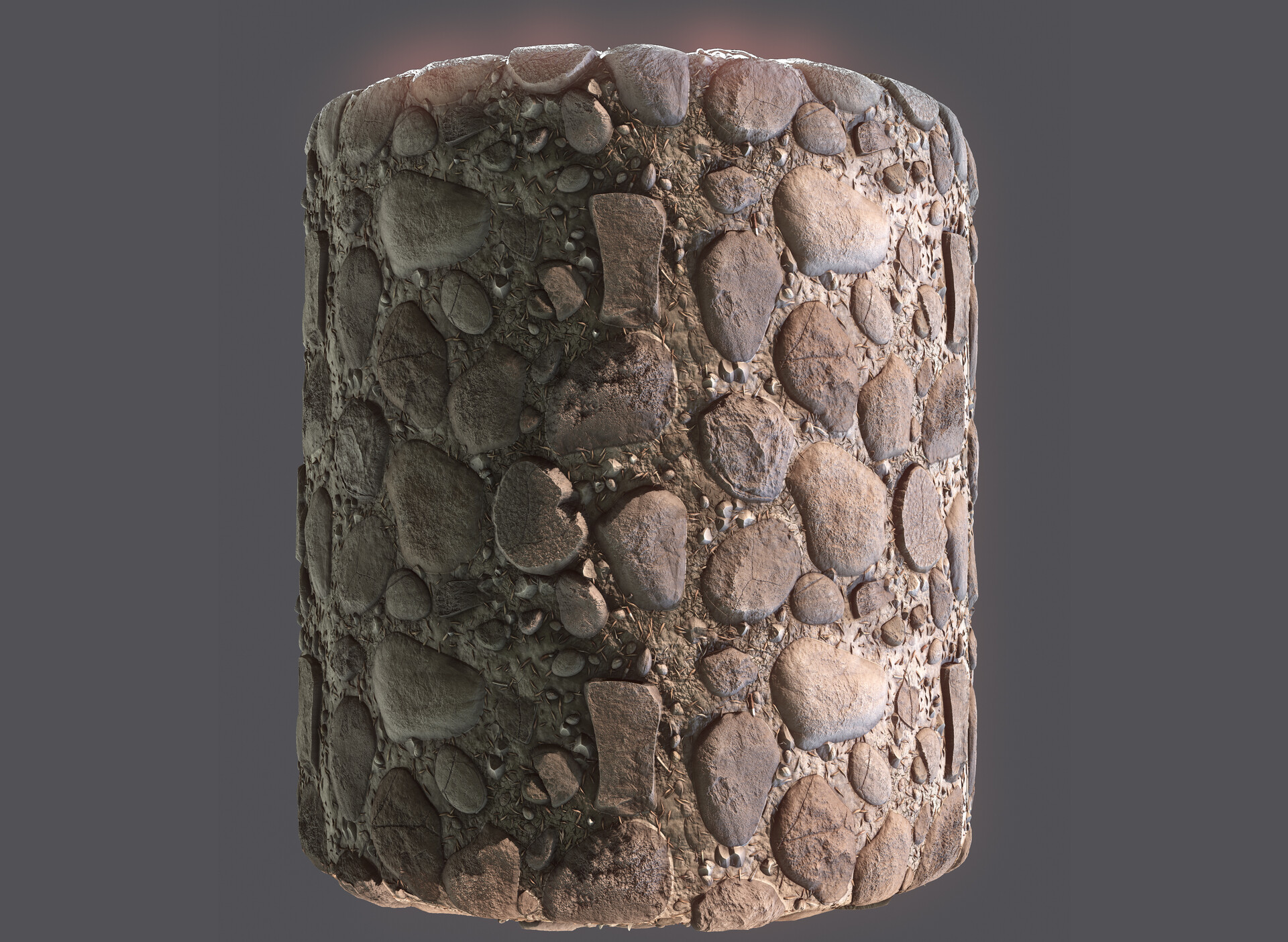 The idea behind the big rocks was to emphasize the shapes and the erosion effects, due to the weather conditions.

While I prefer to use the tile sampler when I have to scatter objects in space (e.g. cobblestones), in this case I followed another solution by modeling rock by rock, so that each of them appears different from each other and positioned in a different and random spots.

Each rock has its own features and position: all around, you will find scattered material produced by the use of the tile sampler in Substance Designer.

I would like to describe the graph used to build the rock in foreground. 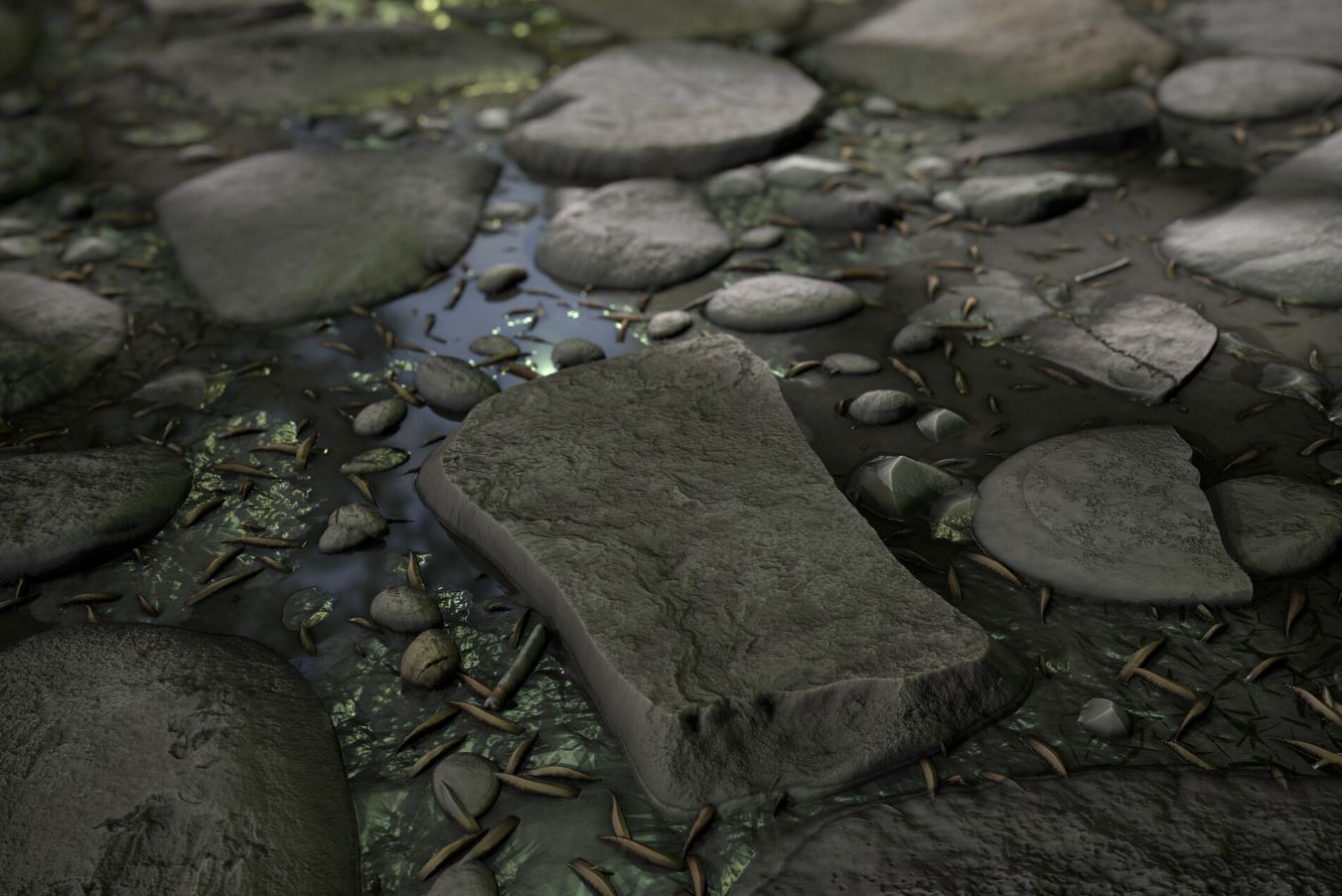 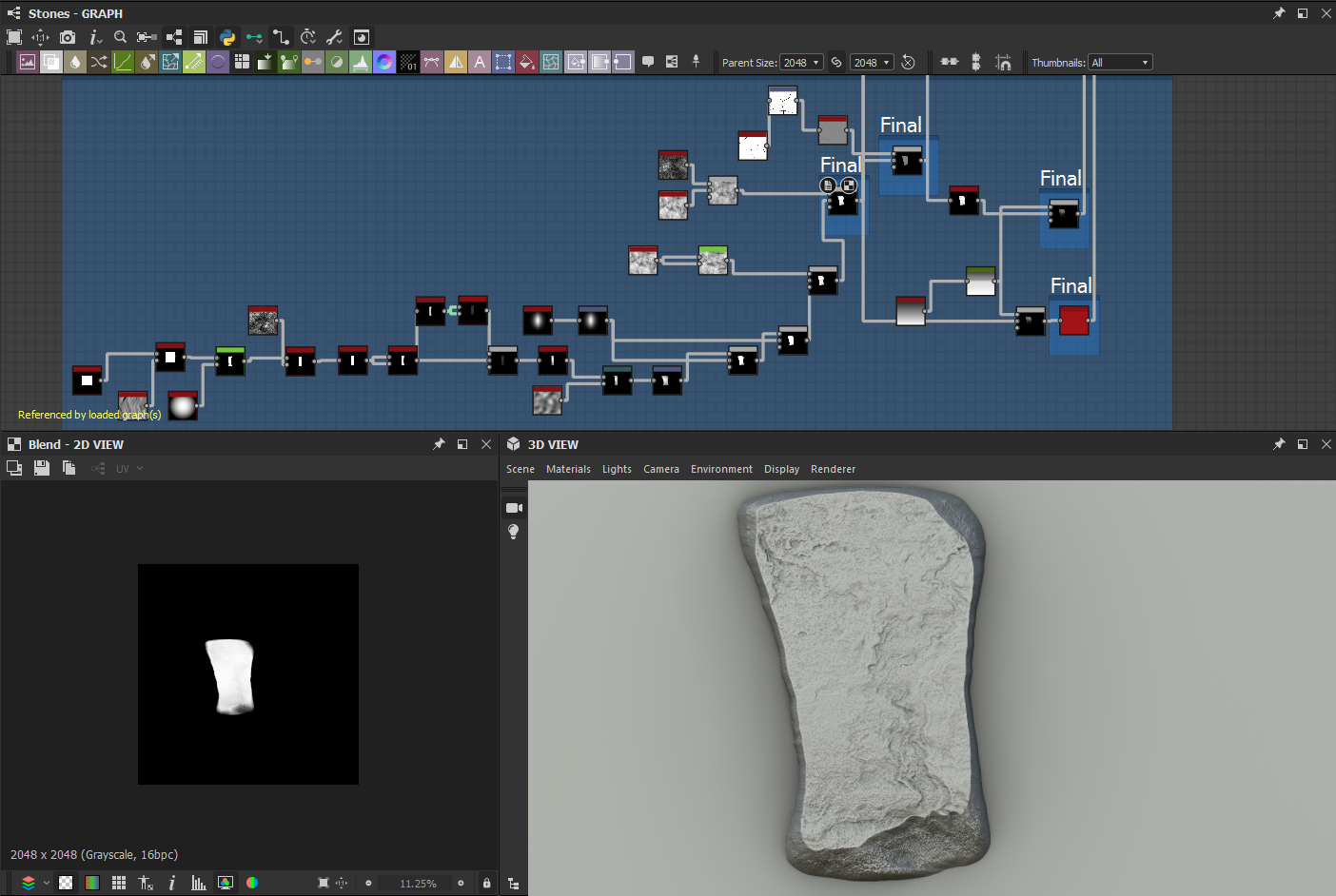 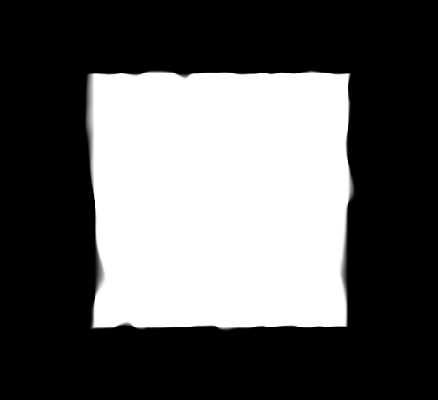 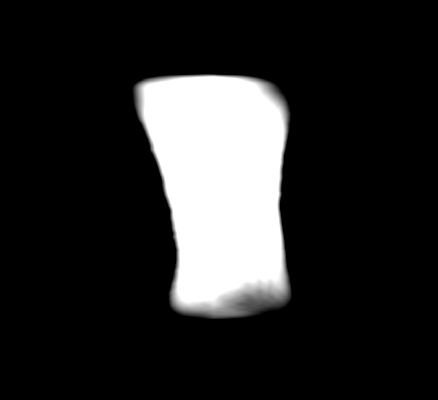 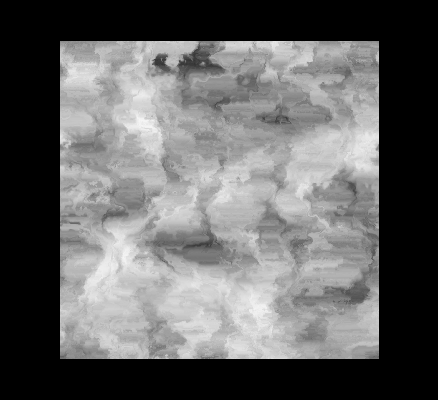 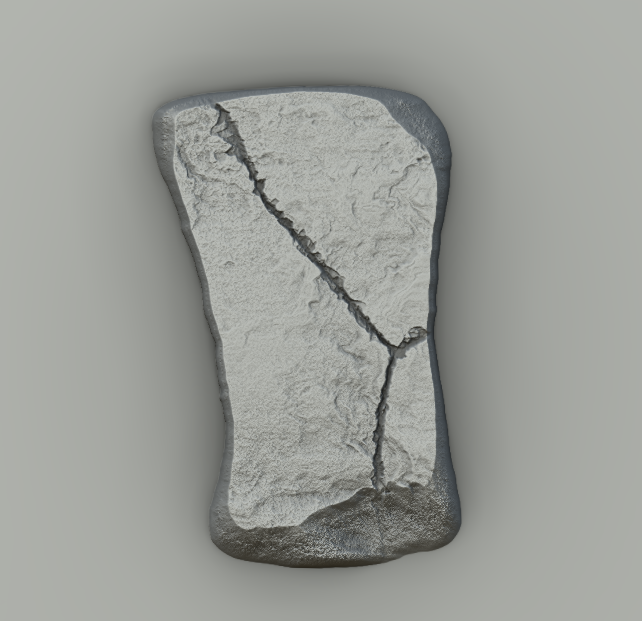 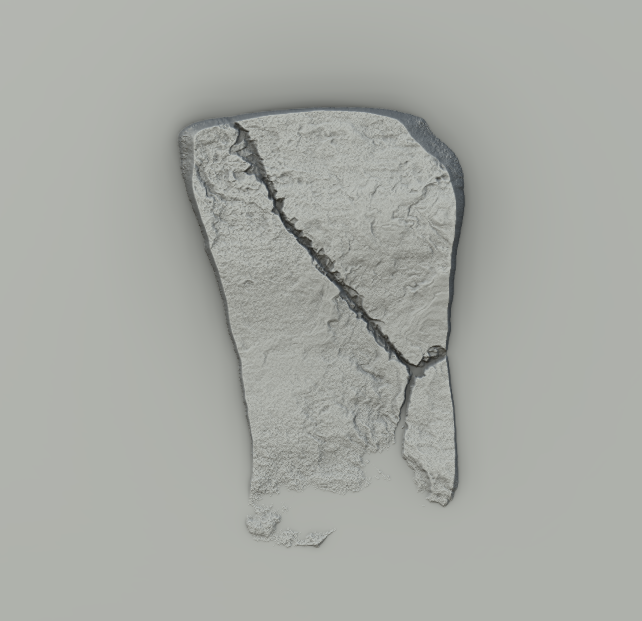 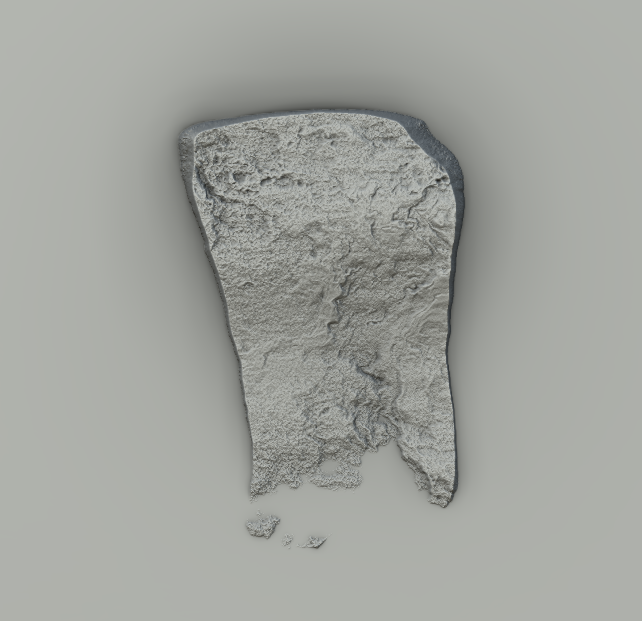 For this kind of process, the technique is based on scattering the elements around the big rocks and randomizing in a natural way.

To accomplish this task , the Tile Sampler is the tool we need: a powerful node to distribute elements in the space, based on several input parameters.

With the tile sampler we can:

For the rocks, as well as the leaves, I tried to achieve the most natural distribution, with dense areas against bare ones.

My advice is to try and retry many times without stopping at your first result.

In order to create clusters in circular shapes (e.g. blades of straw, leaves, etc.) there is a node called Splatter Circular, that shares a few parameters with the tile samples but it scatters the objects in circular patterns ( e.g. petals around a flower).

This is the funniest and the most curious step that I could experiment within Designer.

I started by observing further references of common elements in environment.

I knew there was something else to add, in order to complete the project and the cigarette butts crossed my mind.

I scattered the butts with the Tile Sampler and I built the cigarettes from scratch with interesting nodes.

Here are the most used ones:

A word of advice, in order to create any procedural shape, is to use the couple Gradient + curve node, where the former defines a luminance range, whereas the latter remaps the gradient with a custom curve: this is mostly used for the creation of custom height maps.

Furthermore, to lay an object on a surface in a smooth way,  you can take advantage of the Non Uniform Blur node by blurring the terrain with the cigarette shape. After that, a blending operation (Add) must be used to integrate the 2 parts so that one part perfectly sits on the other. 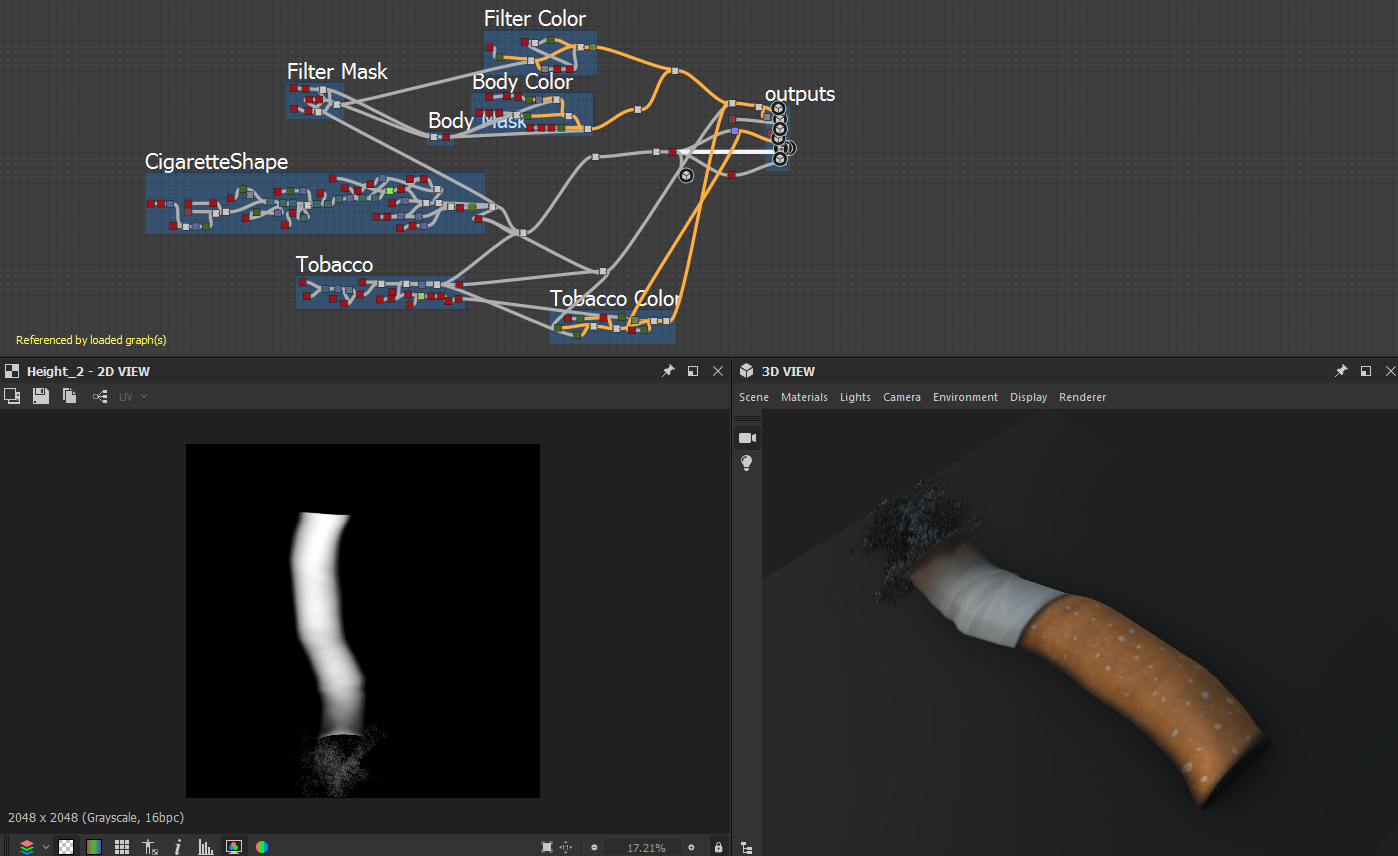 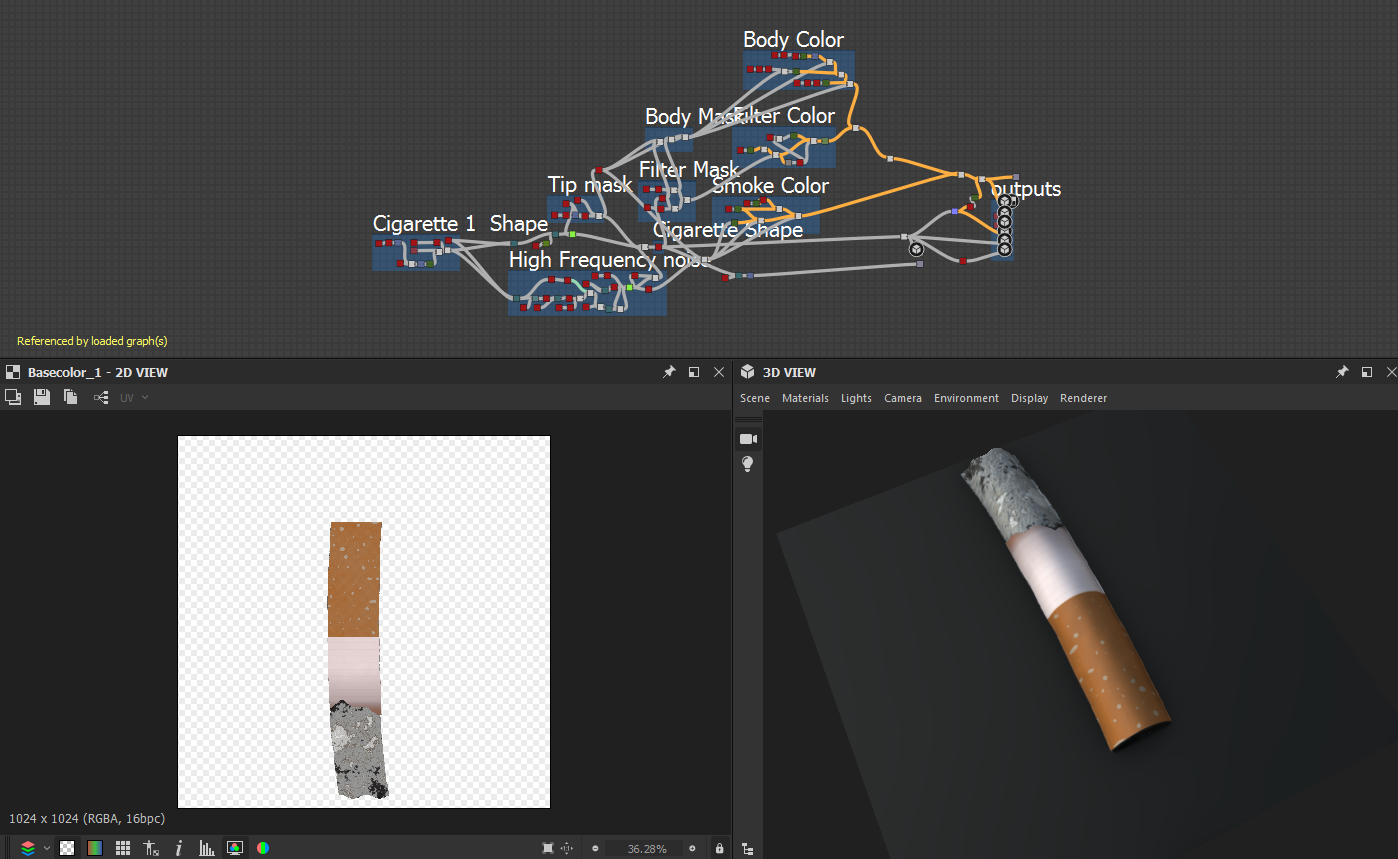 I wanted to experiment 2 different looks for the terrain:

The procedural creation starts from a precisely treated  and modified cloud map, with some added imperfections produced by observing other photo references.

At this point, there is another Substance Designer node popping up, which is extremely useful in this situation, where the forementioned elements need to merge into the terrain. the Height Blend node comes in handy!

It is a recent add to Designer, where 2 grayscale inputs (terrain and various elements) are connected and the merge,between the two, is automatically performed with a simple slider: sometimes the terrains overlaps the rocks and it creates a natural effect.
In my project I didn't want to push the effect to the limit but I slightly applied it to merge the two parts.

See how the square rock, at the top, is partially covered  by the soil and both the terrain and the other elements appear well integrated.

Talking about the different terrains, as I said at the beginning, I wanted to experiment a drier look and another one with the presence of water and reflections.

Here Designer helps us by introducing a recent node called Water Level and, as the work suggests, it checks the height map info to decide where to put the puddles and the wet parts: everything achieved by a series of cool parameters. This is fantastic, isn't it?

With this node in mind, for instance,  you can set the transmittance effect in the refraction and so you can make the water appear darker as the light ray moves deep into the water and light is absorbed and scattered.

See, in the indicated areas, how the water level seems to make the rocks appear underwater (e.g. the small stone at the bottom). 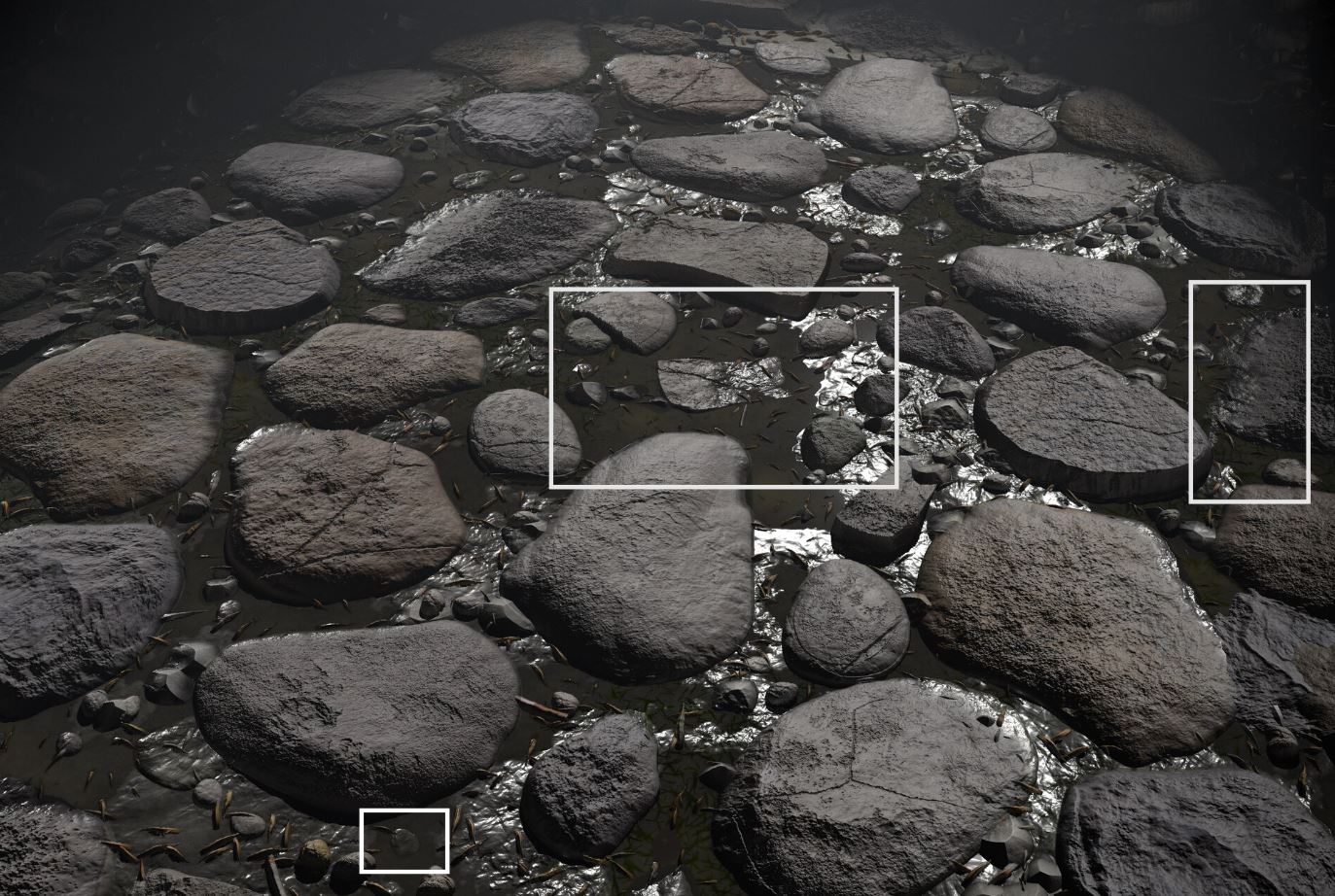 In this project, as you see, I wanted to test the Water Level node but it's always possible to create a custom effect of submerged objects: you can simply skip the calculations of the normals in the wet areas, compute a low roughness for those areas too and maybe you can insert some caustics and waves with painted elements that suggest the presence of deep waters.

Once the procedural creation of the terrain has been finished, it's time to think about the albedo.

A common mistake that usually occurs during the texturing, in my honest opinion, is to underestimate the micro variations in the tones that every object in nature shows: even if an object seems to have a single color, it has a series of shades that should be taken into account, unless you want to exhibit a total cartoony look.

3D artists, painting with tablets, perfectly know that creating  realistic and compelling objects requires the use of layers to define all the micro variations and imperfections (e.g. the mottling pass in the skin helps break up the monotony and helps achieve a realistic goal).

The next images, in relation to the main color, make the process easier to understand and they represent the basic idea behind the complete work, so they are quick snapshots  (not at the max resolution).

Considering the texturing for the big rocks, my approach is basically the following: 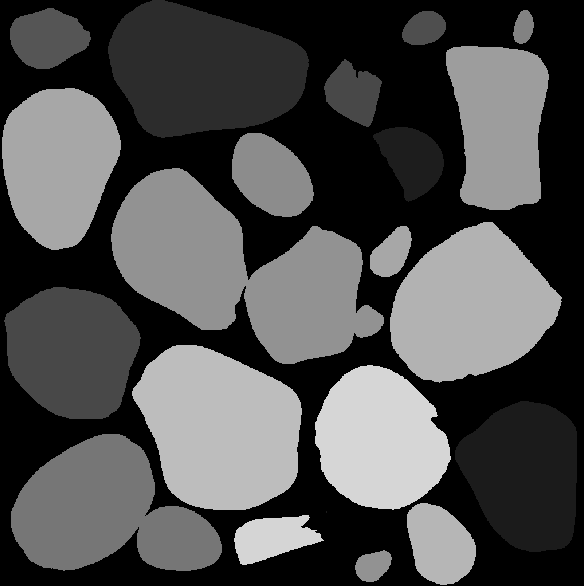 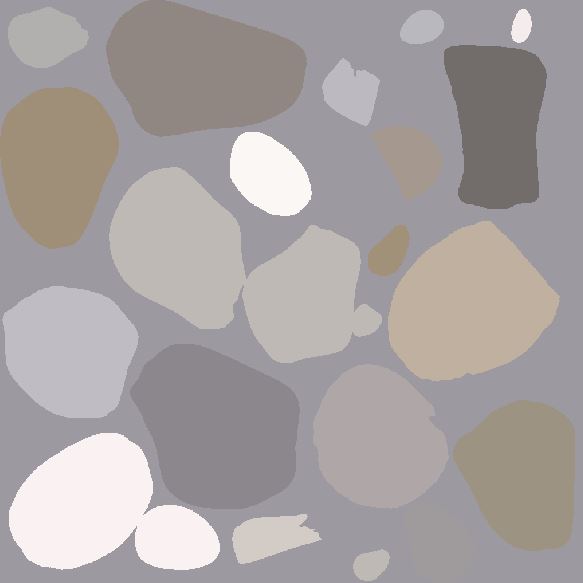 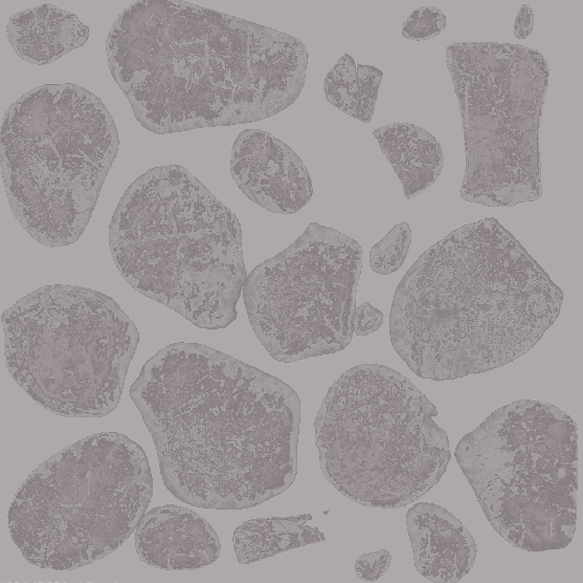 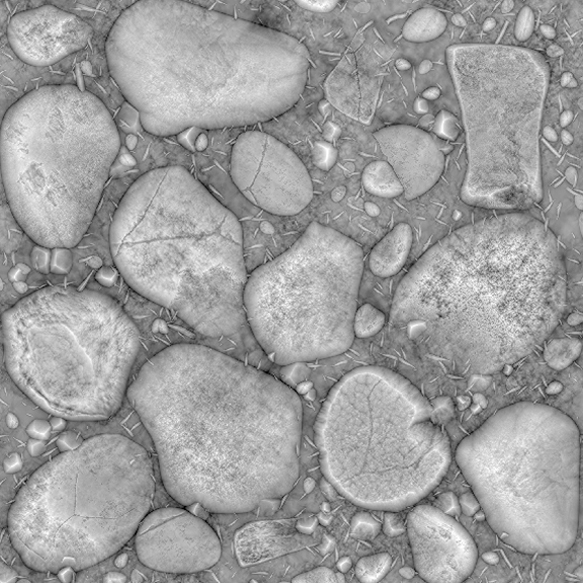 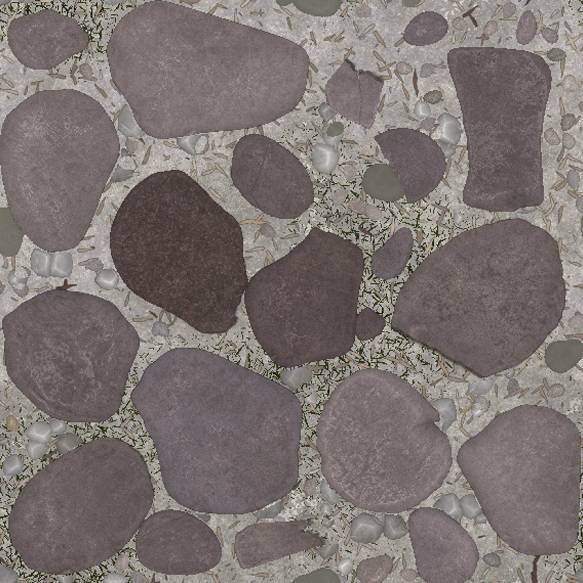 To sum up, you can follow the previous steps and eventually you can interleave more custom passes. The point is to get an interesting variation in the tones and create an acceptable level of realism.

At the end you can apply other nodes such as HSL, that allows you to set the saturation or the global brightness of your albedo map.
For the following renders I applied different versions of the albedo map and the HDR helped me set up a proper environment.

Many 3D artists love Marmoset Toolbag when they show their projects built in Substance Designer and I must say that I love it too then I decided to  integrate that tool in my workflow, obtaining good results in very short times.

I like to try several render solutions, I change the lighting to catch a specific mood, that I usually plan in advance and the render progressively converges to a final result.

Furthermore, in my presentation, I often add the cover image as a material mapped on a sphere or a cylinder, I try to light areas by capturing details and I try to create contrast areas in penumbra (semi darkness), to evaluate how the material reacts to the general lighting in the scene.

Soon after that, I add close up images to capture more details and generally change the lighting to create my favourite moods.

In my project I wanted to create: 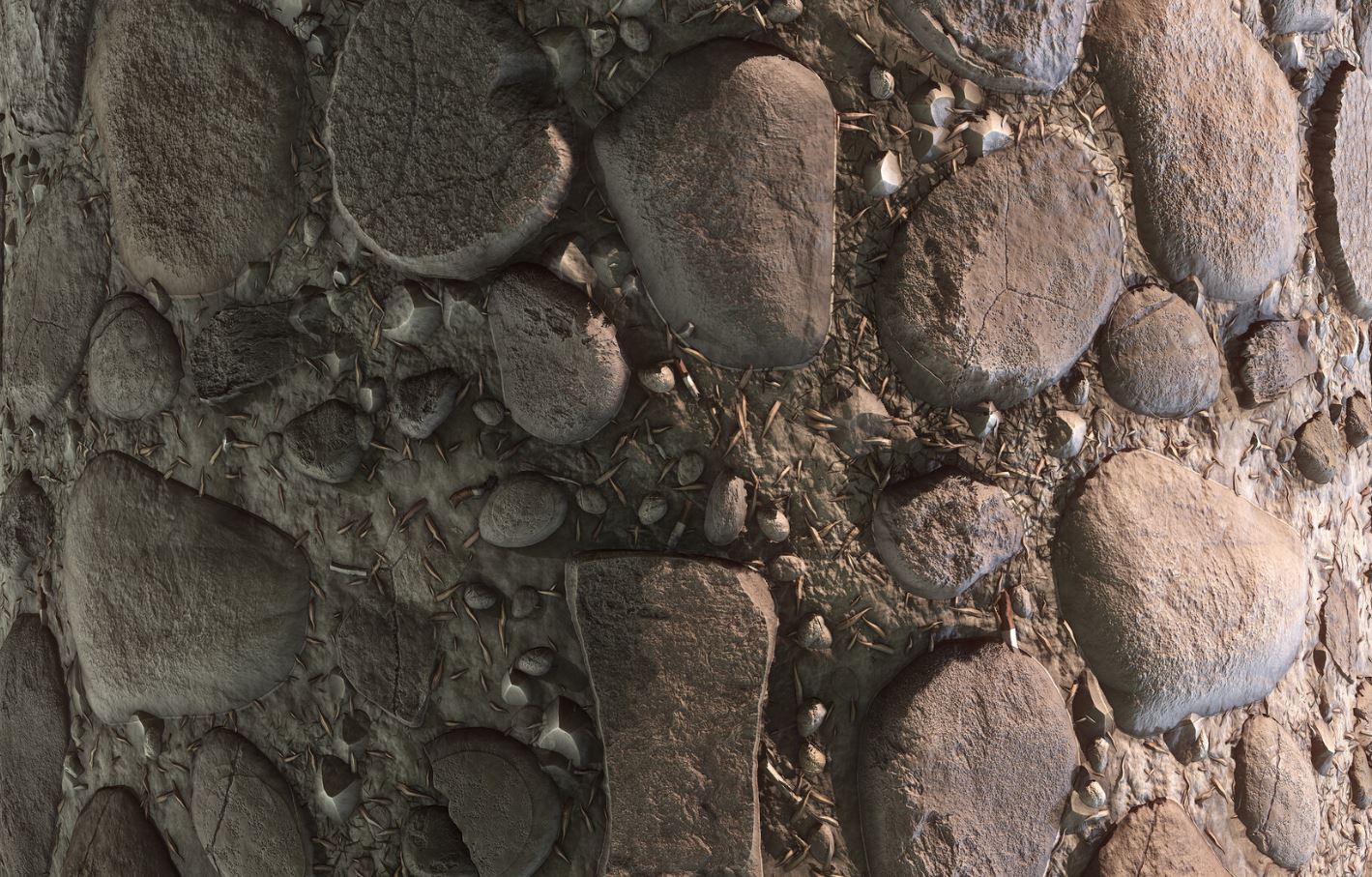 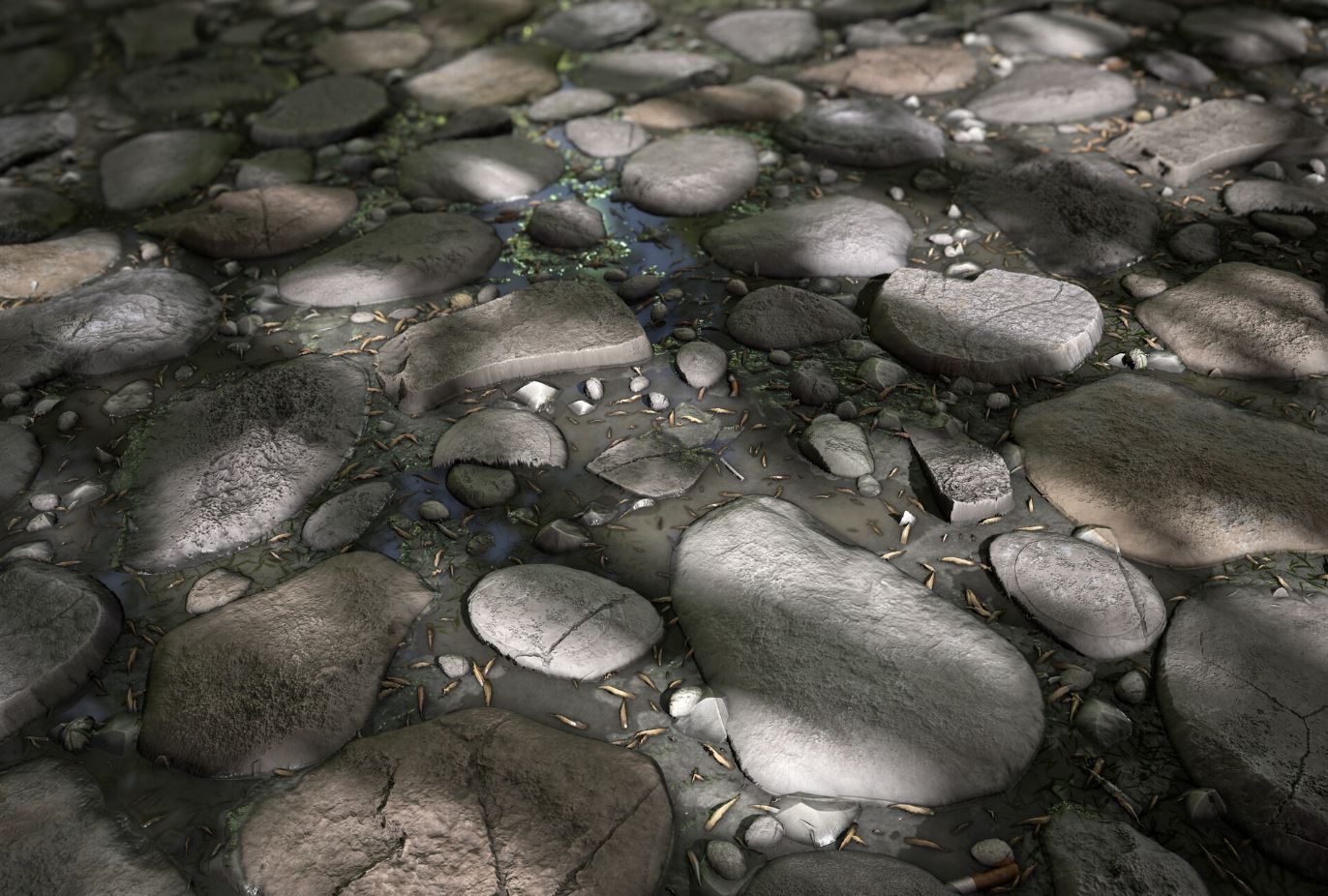 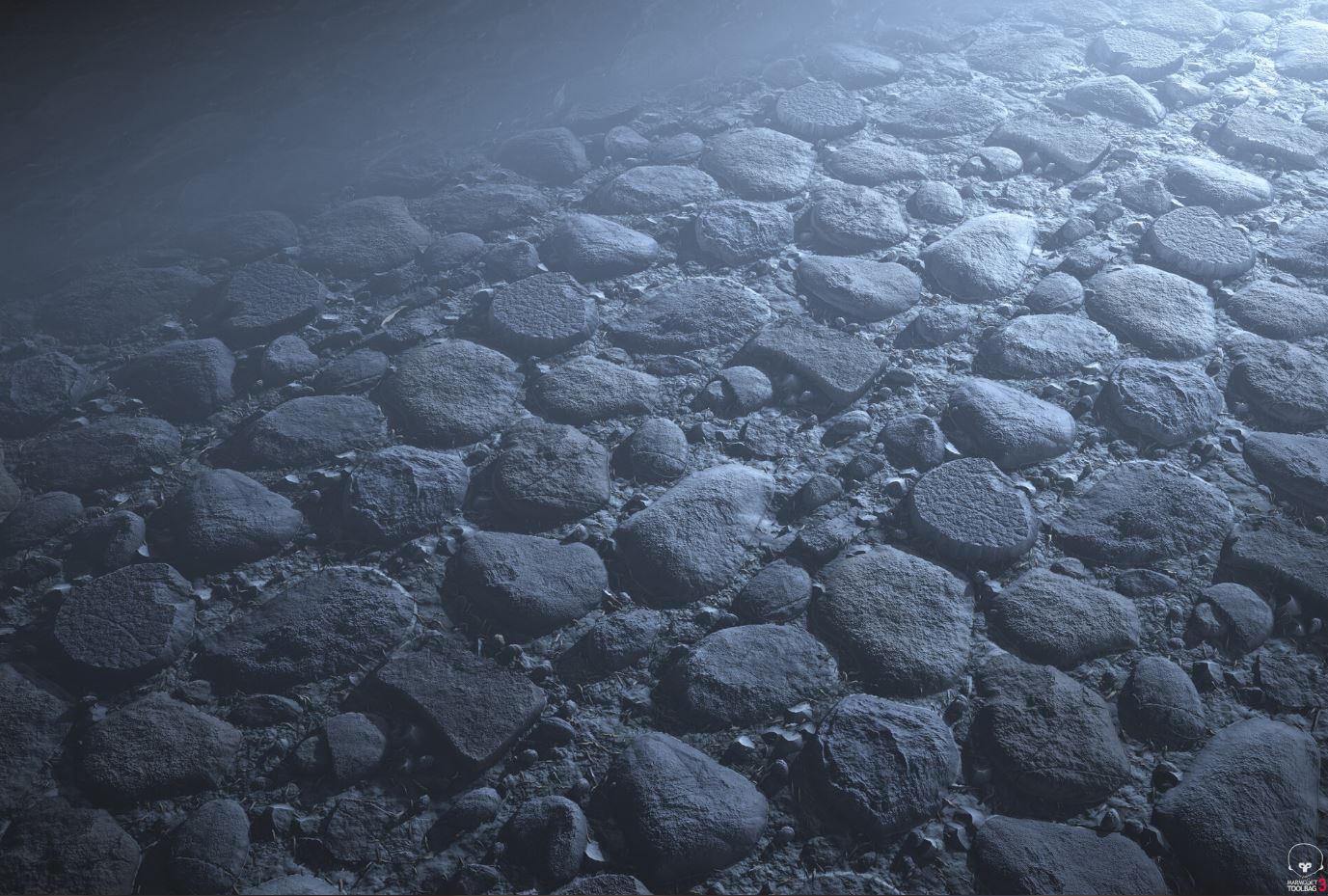 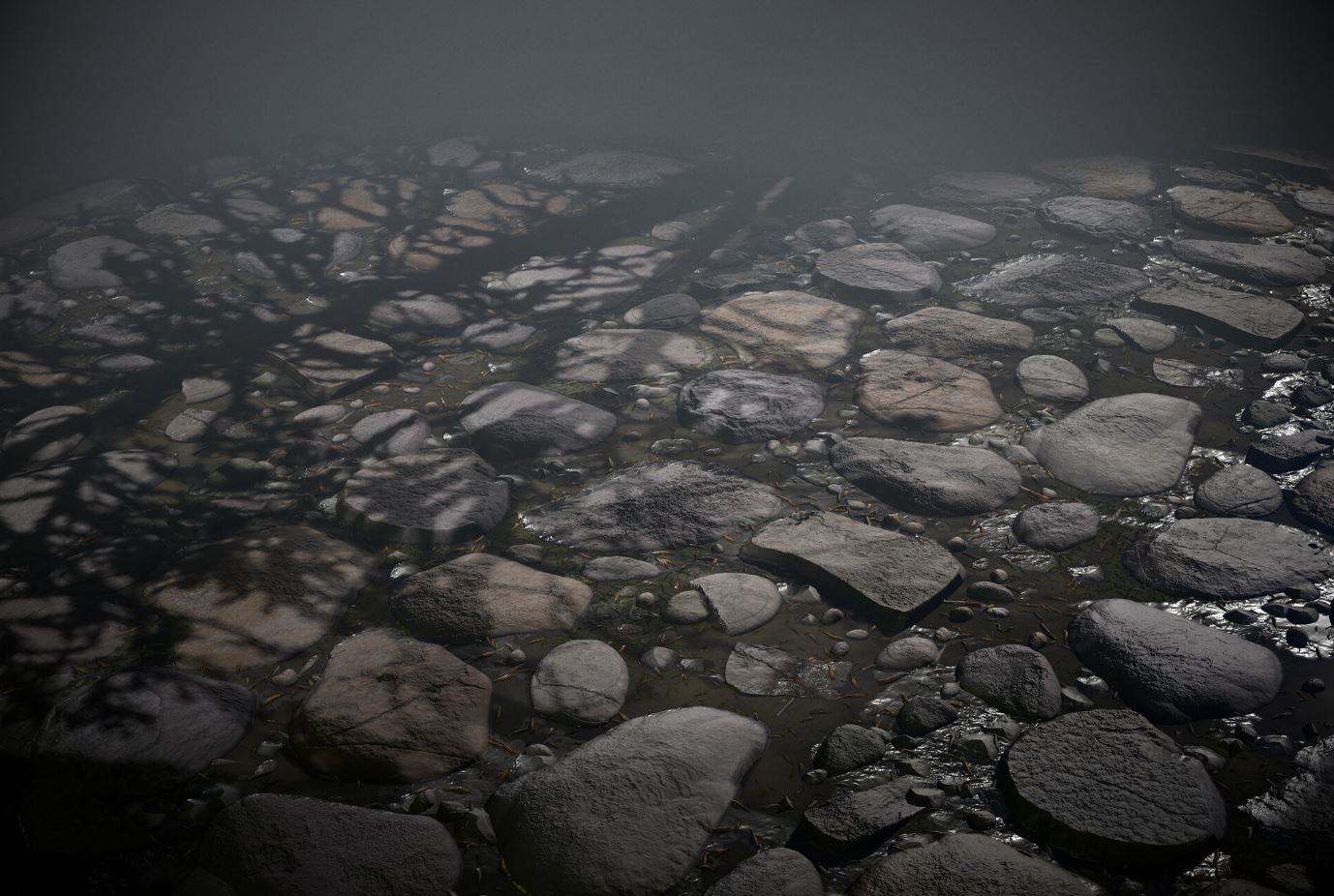 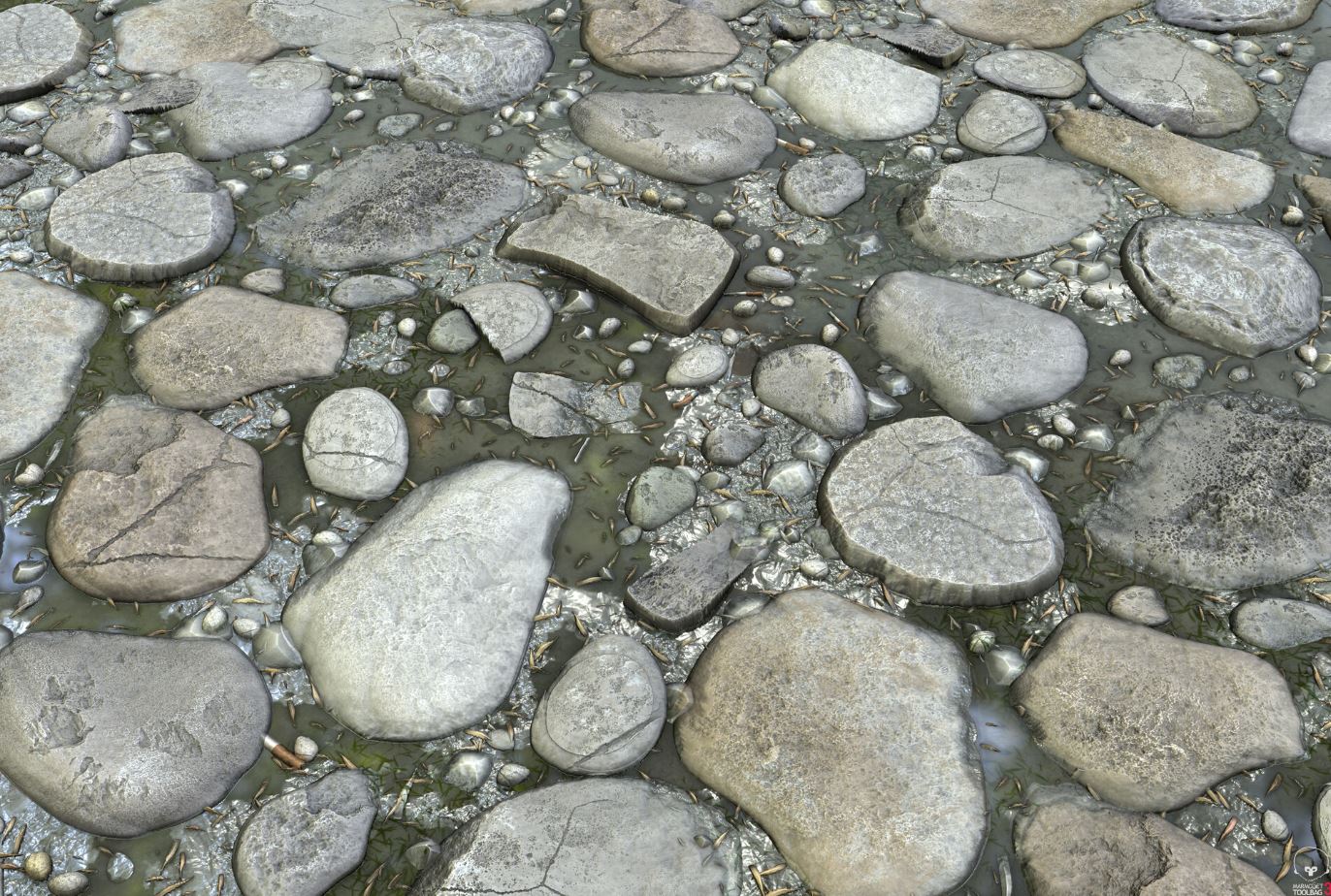 My advice is to try several solutions and select what you like the most.

This paragraph brings up to the conclusion and I hope you find the article interesting.
With this idea in mind, I'd like to give you a few more suggestions

if you liked this article so that it helped you understand a bit of my workflow in Designer, put a like and follow me at my Artstation profile page:

For any question or interest in the topic, feel free to drop me a line at:

Allegorithmic software sale up to 50% off
Commenti