So, I'm Mario Baldi, and I'm a Character Artist.

I would say that I hadn't a classic training as an artist: as a kid I was a real geek, really passionate about sci-fi and comic books and I always wanted to become an illustrator, or a comic book artist myself.

But I was coming from a small city, and made the "stupid" decision to subscribe to the Computer Science University in Pisa, the closest city. There I've met a dear friend of mine, that introduced me to 3D, he was a maya user, but nobody had a sgi workstation back then (well, except him ). That's when I started using 3dsMax, and fell in love with 3D. A couple of years later I left uni, and decided that I should have committed a bit more to my dreams. 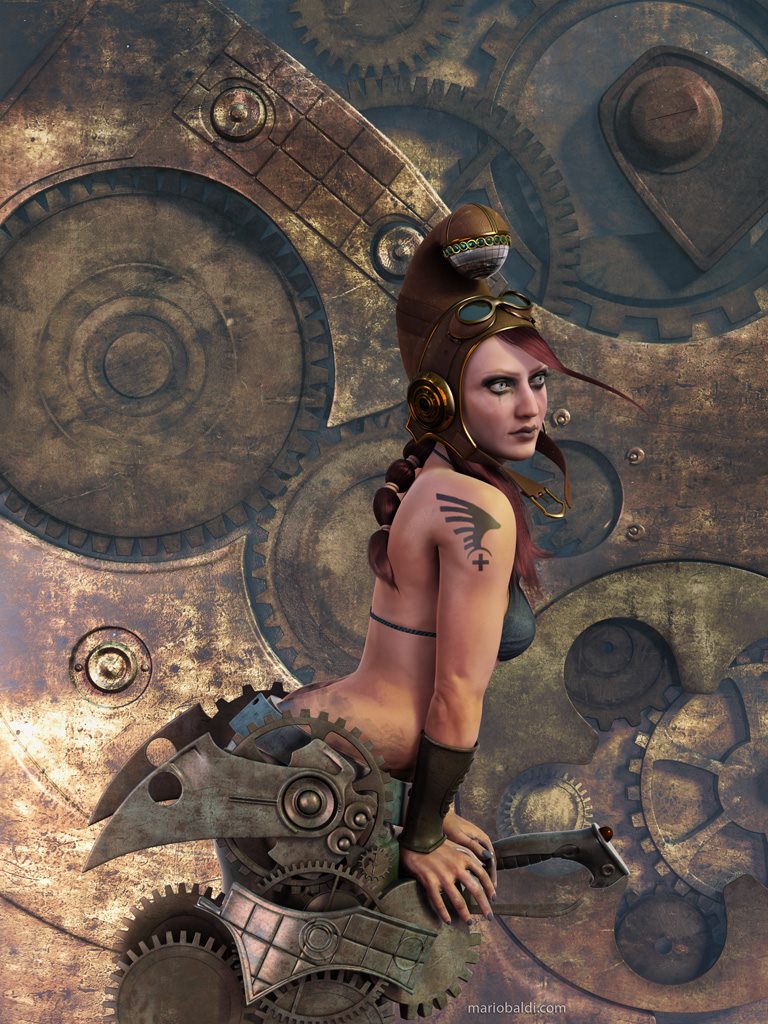 Anyway, immediately after I started studying at the International School of Comic Books of Firenze, where I've met a group of people that wanted to make their own animation project. It was waaay too ambitious and never saw the light, but there I started using lightwave and maya as my main softwares. I loved LW, but just a few years later MODO 101 was born, and it became my main modeling software.

So you learned both the main subjects required for this job: Programming skills and Art skills. How did you enter the labour market?

I got my first job in the 3D industry in Pisa at a brilliant studio known as "Fulmini & Leopardi". Those were glorious days: I had a lot of fun and met some great people, most of whom are now living abroad.

I always wanted to go abroad myself, and after a couple of bad experiences in my country, I decided to try. I worked hard on my portfolio, and landed a job at Streamline Studios, an outsourcing company previously located in Amsterdam (now in Kuala Lumpur). 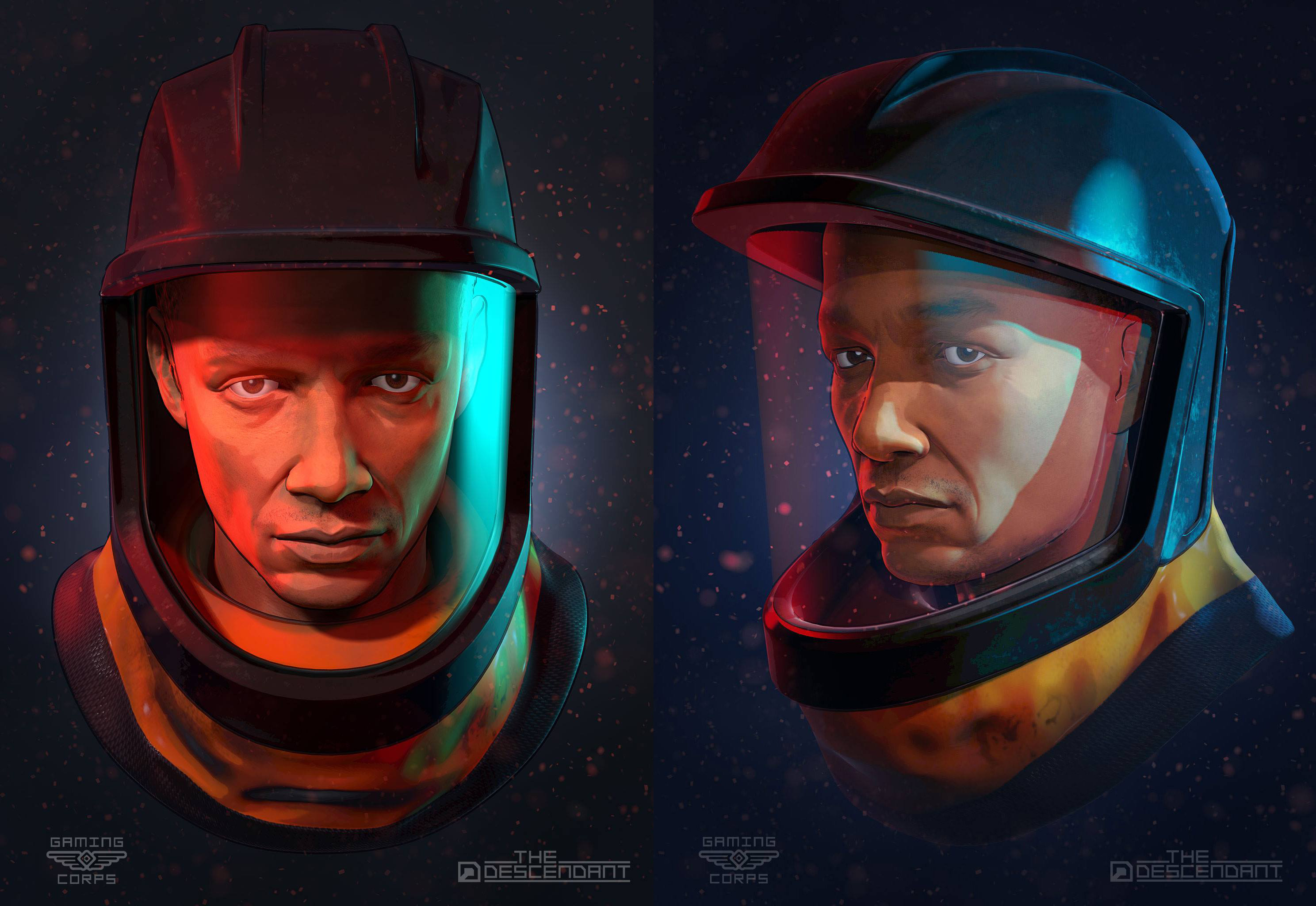 And then I moved... a lot of times in a lot of different places. Bruxelles, Toronto, Prague and Stockholm.

The best experiences I had were certainly in Canada, where I had a chance to work on the villain of "Halo 4: Forward Unto Dawn", and more recently in Stockholm at Goodbye Kansas, for a project I can't still talk about.

What are you doing now?

A couple of months ago I've decided to move back to Italy and work as a freelancer. It has been amazing to see so many places, but after 10 years of traveling and changing countries, studios and friends, I felt the Need to come back to my roots.

With a friend of mine, Marco Turini, a famous comic book and concept artist  we joined our forces, and opened "Seven Coffee Studios", a boutique studio dedicated to the realization of concepts and 3D assets. 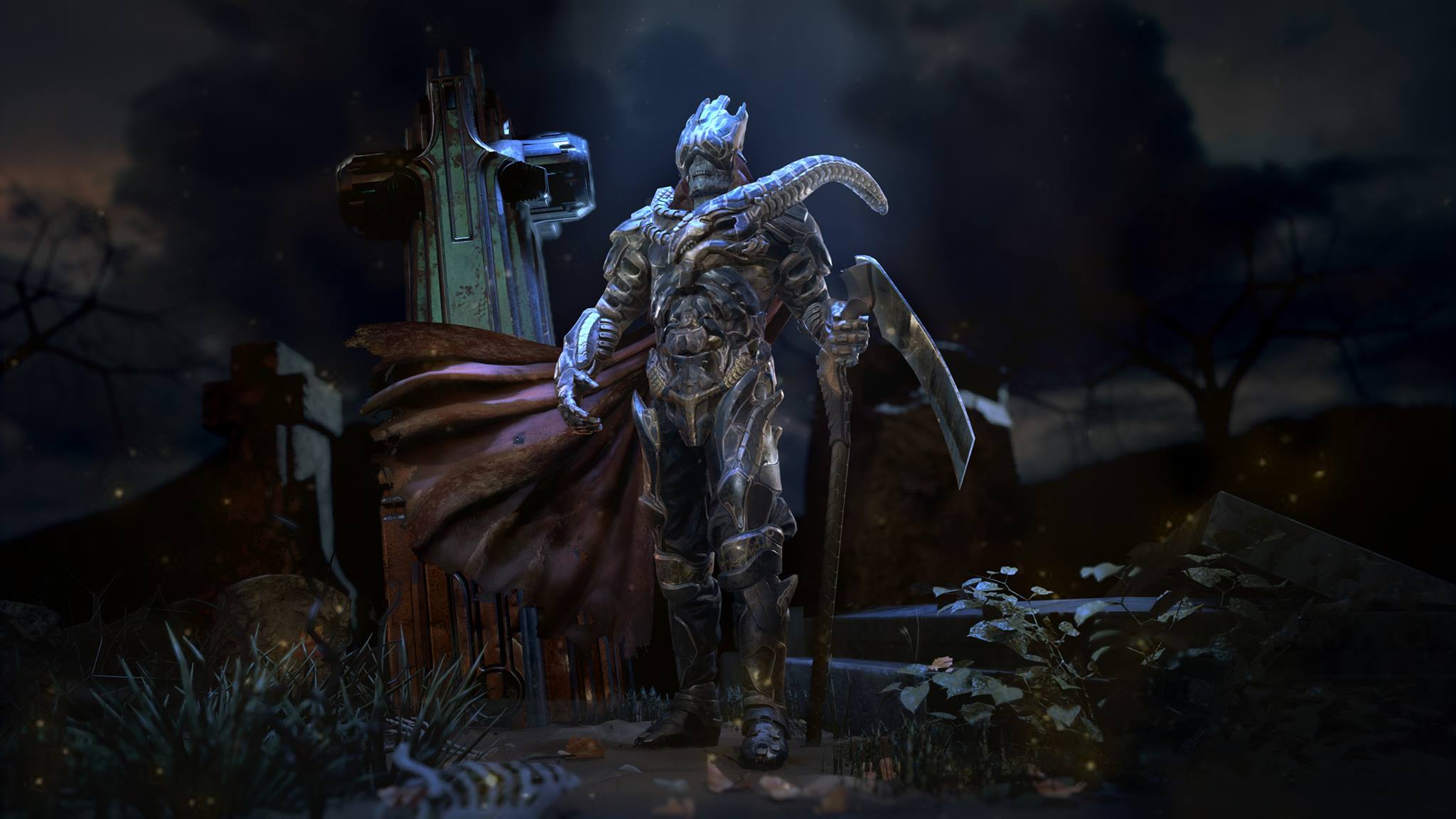 It seems like the Computer Science studies bore their fruits: you've published your second MODO plugin, TracerX, a few weeks after publishing Polystrips from Curves. What's the reason that made you develop these 2 plugins?

Indeed studying Computer Science influenced my approach to 3D. I've always been that artist in a team that was also making his own scripts to automate certain tasks, mainly modeling solutions. 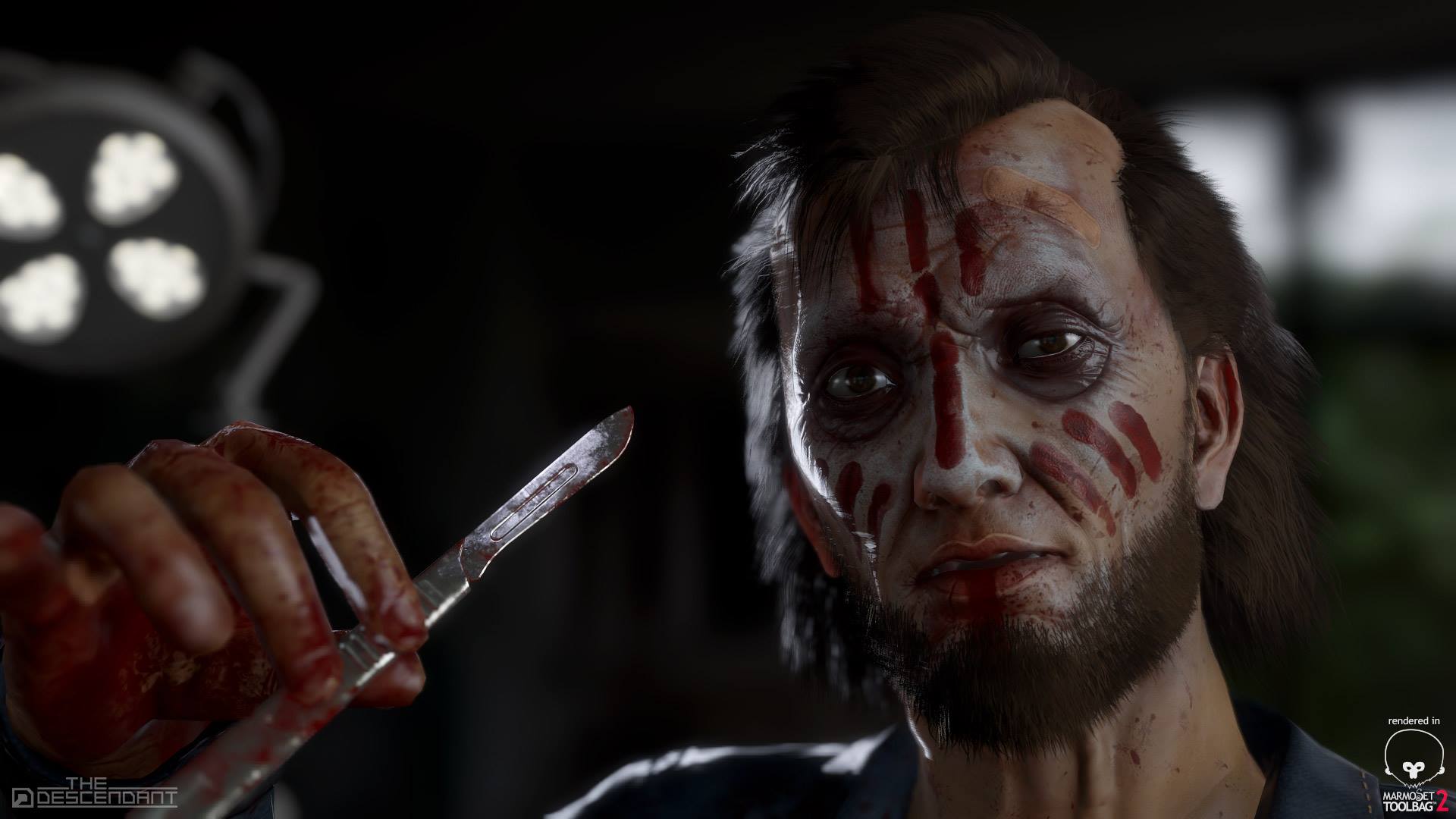 After becoming freelancer, and moving from Sweden to Italy, I had "some" (read, A LOT, hahaha) of time off, and I was working on a character for my portfolio, that I started before subscribing to a class with Scott Eaton earlier this year.

Anyway, I wanted to make hairs in Modo because I love the render engine and I can get fast iterations with it but the hair system is not one of the best. That's when I started bothering people at Foundry, especially on Slack , and learned a bit of their SDK and I have to say they have been incredibly supportive... and patient!

Image Courtesy of Mario Baldi © (A WIP for Polystrips from Curves) 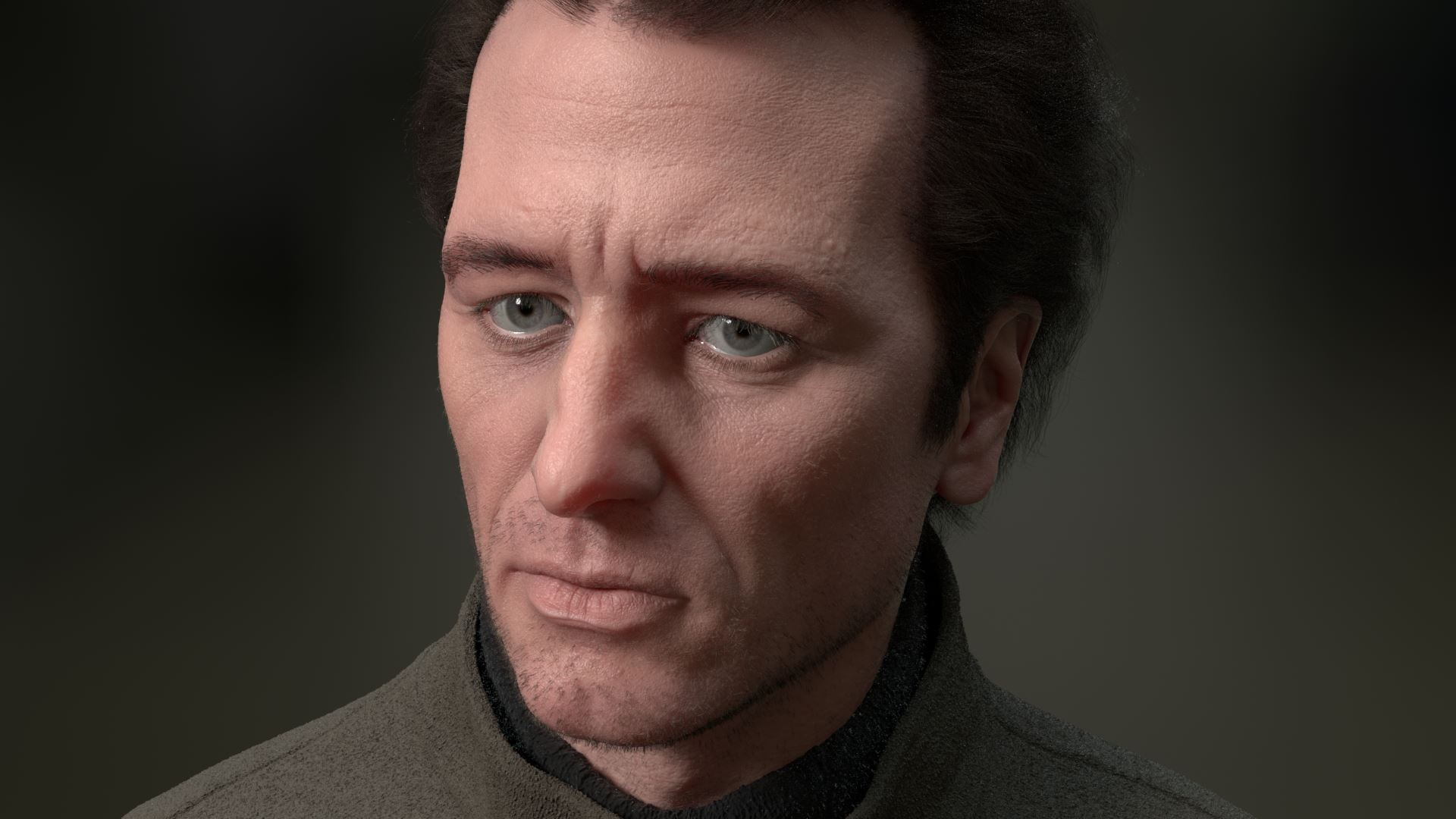 These days instead I also launched a second plugin, TracerX. I was just working on a noise deformer, but new ideas continued to flow, and I decided to package them.

It has been kind of difficult for me to decide what to include in this kit: I didn't want it to compete with my other plugin, or let the users feel that they were forced to buy it. Also, I kind of know now how many copies I can expect to sell, so I need to set a limit on myself of what I can do: writing plugins in c++ requires quite a bit of work, but if what you do has no value for the end user, than it isn't worth the development time.

The problem is that I get over-excited with what I do, and always tend to do more than I should really.

What would you suggest to those who are studying for a 3D career right now?

I would say to explore what they like the most (CG is just too vast), and then specialize. If you are a practical guy, choose a field that is more requested, like rigging or grooming (extremely difficult fields, just so you know).

For everybody else, just work double the amount of hours, but spend those hours on your portfolio, not for someone else.

And about portfolios, I know everybody has a different idea, some prefer to have a bit of everything, but personally I think you should do what you really like the most: If you're happy only making robots, then do robots and apply to studios that reflect what your portfolio shows. 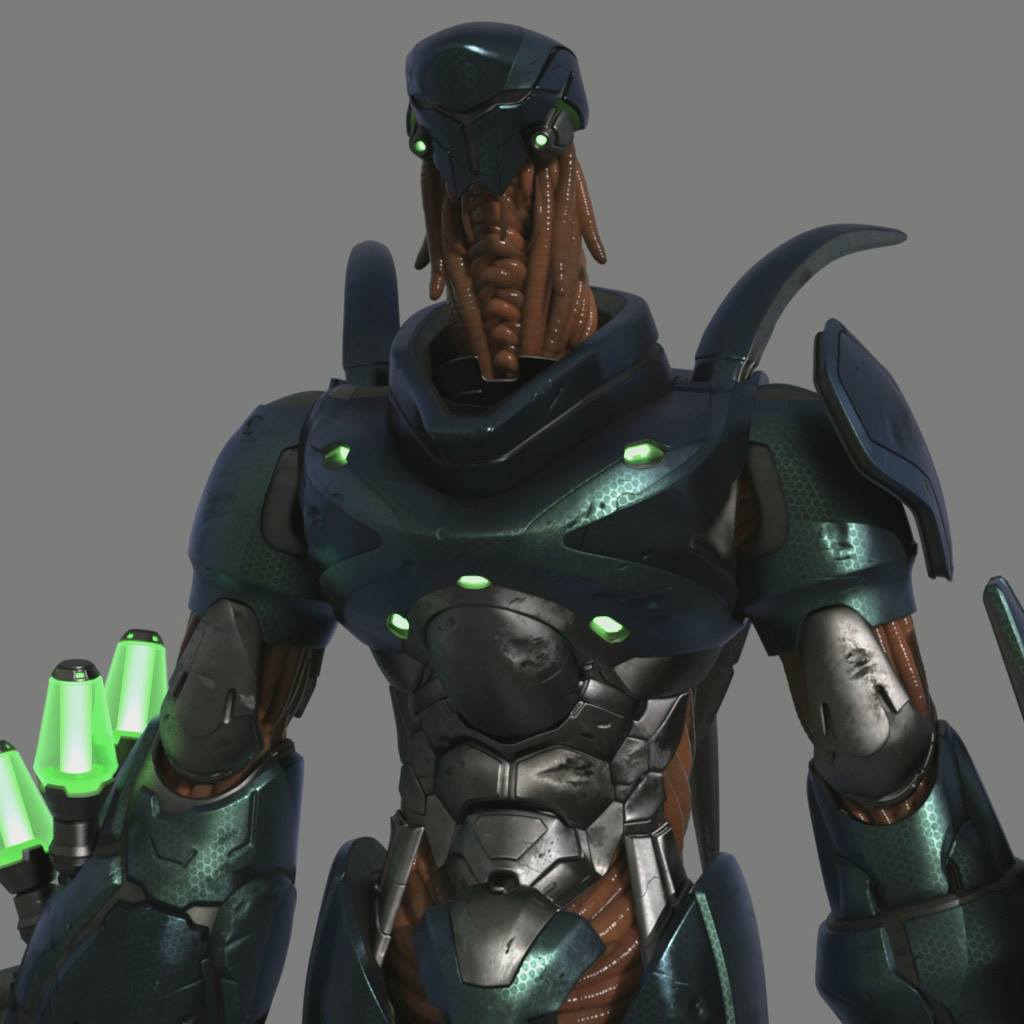 Last question: Why did you choose MODO and what do you expect from it now?

So, I'm an oooooold Modo's user. When 101 was out it just clicked with me, the workflow was what impressed me. I remember when Brad Peebler was still making his modcasts, he said how they were used to go over and over the user experience. In other words, it was a simpler software to use then others, but not less powerful. 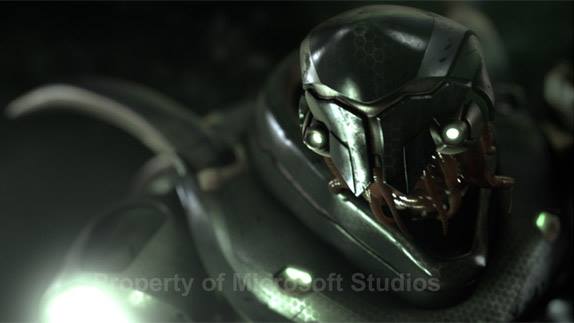 I think in the last years they lost a bit of that immediacy, and MODO always had problems being crashy and slow but with MODO 10 and 11 they are really making a great job, in terms of stability and performances.

What I would like to see it's simple: more performances, updates to the animation side of modo, and reduce the noise on renders (maybe adding a de-noiser?)

Thanks for your time and sharing your knowledge and experiences. Is there anything else you would like to tell us?

Yes, as Seven Coffee Studios we've got some interesting partnerships with some great studios and we would like to grow in the future, to be able to collaborate with other professionals and ultimately to work on bigger projects!